Home > Relationships > Finding God in the most unlikely place: My marriage
0
Search
Cathopic
Share the article:

She said it gently, but still it pulled me up short. My new spiritual director shifted in her seat and smiled. I had been talking about my struggles with prayer since getting married, and even more since becoming a mom. God seemed so far away, but that was a given, right? Such struggles are just part of being married. I’d accepted this as truth for over a decade, ever since a friend shared advice that a priest gave him after he got married: Don’t expect consolations in prayer anymore; your marriage is now your consolation. It felt deeply unfair, and it was eating away at my contentment in my vocation.

All my life, I unconsciously absorbed the idea that only people in consecrated life get to experience God’s nearness. I heard it often: Religious life is a higher way of life than marriage because it’s supernatural, and marriage is merely natural. I knew that not everyone is called to consecrated life, and that people can become holy — even saints — in all walks of life. But if I’m being honest, I always lumped married saints and holy people into a lower rank. If you want to be “A”-level holy, you’ve got to be in priestly or religious life. And since God only calls some people to consecrated life, he must only call some people to “A”-level holiness.

But oh, goodness, I’ve always wanted to be “A”-level holy. I don’t say this with pride. My motives have been far from pure — to be brutally honest, I wanted the respect and acclaim that seem to come with holiness more than I wanted to be really holy. But praise God, he works with our imperfect desires! Nothing is so bent that he can’t straighten it out.

My first book report launched me on a lifelong quest to be a saint. I was in third grade, assigned to read a saint’s biography and then write a short report about it. The report part was hard (I remember thinking, “I hate writing!”), but the book I chose moved my 8-year-old heart profoundly: Mary Fabyan Windeatt’s biography of Rose of Lima. It described Rose, even as a little girl, deliberately and bravely choosing God over herself. If she could do that as a kid, I wanted to do that, too.

Twenty years later, I sold everything I owned, paid off my remaining student debt, and entered a religious order (Dominican, of course — little Rose’s influence will always be part of me). I wanted sainthood, and this, I was certain, would be the noblest and surest way to get there. I glowed my way through postulancy, reveling in being called “Sister,” in four hours of prayer daily, in silence, in study, in household chores, in simplicity, even in the discomfort of parts of the life. God’s nearness was palpable, undeniable. The day I received the habit and my religious name remains one of the happiest of my life.

Yet deep down I longed for a husband and a family — try as I might to shove that part of me into a box and bury it. Life in the convent was beautiful, but somehow, even being so close to God all the time, I was lonely. Remembering that ache years later still brings tears. When my novice mistress finally looked me in the eye shortly after Easter in 2016 and said, “I don’t think you have a vocation,” I felt a physical weight lift from my shoulders. I hated it, but I knew she was right.

It took time to heal after leaving the convent. Our hearts can be stubborn, and walking away from that life left wounds. But even more profoundly, religious life formed me and healed me so I could recognize the way of life God actually had in mind for me: to be a wife and a mother. What looked (and sometimes felt) like a failure to be holy was the only way for me to let God take control and start to make me holy in his way, not mine. I accepted that and entered marriage gratefully and joyfully. But I held on to the belief that my marriage somehow stood between me and God, and that for some strange reason, God wanted it that way. I had resigned myself to a life of less holiness. In some ways, honestly, it was a relief. If God expected so little of me, I could ease up on myself, too, right?

Now, sitting in my spiritual director’s quiet office, that lie was suddenly laid bare. Here’s the simple truth: God doesn’t want anything to come between us and him. The vocation he has in mind for each of us is the vehicle by which he wants to draw us closer to himself. My marriage isn’t a natural wall between me and God, nor is it a lesser way that I have to accept because I’m called to less holiness. My marriage is my unique path to him. It’s the privileged place where he waits for me to find him day after day, if I only have the eyes to look for him.

Because that’s what holiness is: It’s being with God. And only God knows the unique paths by which he plans to draw us to himself — paths that will have twists and turns, bumps and ruts, highs and lows. We tend to think of holiness as extreme. In reality, it’s radical, in the literal sense of the word, from the Latin radix, which means “root.” Genuine holiness grows out of the root of who we are. This means my holiness, and my path to holiness, won’t look like anyone else’s. There’s no “A”- or “B”-level in God’s view of holiness — there’s only the generous gift of myself in response to God’s generous call. My marriage is the place where I get to discover God’s dream for my life one day at a time, and grow close to him in the unique way he has had in mind for me from all eternity. 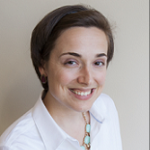 Mary Beth Giltner is the senior acquisitions editor for Our Sunday Visitor and writes about the intersection of faith and daily life. Follow her on Twitter @m_b_baker.